Richard Lawler, reporting for The Verge:

His $44 billion takeover of the company — that he tried desperately and unsuccessfully to get out of — started with a poll, and it would be both appropriate and timely if his time as its CEO ended the same way

If there’s anyone on earth who still believes that Elon Musk actually cares about the results of the polls he runs, then get in touch, because I have a social network to sell you for $54.20 a share.

Twitter is where the public conversation is happening, and where people from all over the globe come to promote their businesses, art, ideas, and more. We know that many of our users may be active on other social media platforms; however, going forward, Twitter will no longer allow free promotion of specific social media platforms on Twitter.

That “however” is really carrying a lot.

You know that a social media platform is really innovative when they won’t even allow their users to link to their competitors. As with everything from Twitter over the last few weeks, there are echoes of the Trump Whitehouse, where the policy people would be constantly racing to codify the random whims of their boss.

And in case the nuance is lost on anyone, I think this is incredibly dumb and will only hasten Twitter’s demise. 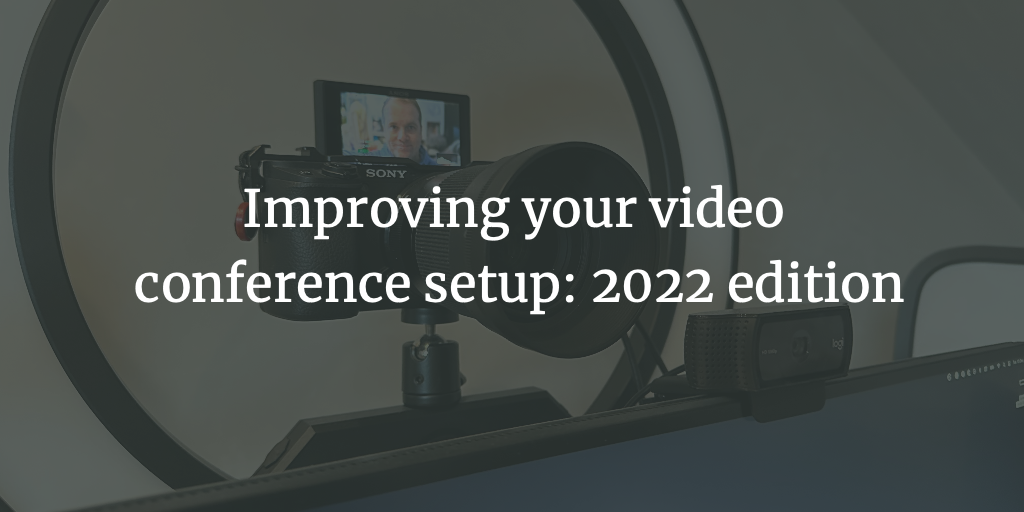 Back in May 2021 I wrote up a blog post with some advice on what equipment you could use to put the best possible touches on presenting remotely, be it at an internal meeting, or a full-on conference talk.

Well, it’s been about a year and a half since then, and I’ve continued to invest in my setup, so I figured it was worth sharing an update.

I’ll restate and add to some of the caveats that I gave in the last post.

With that out of the way, let’s dive in.

I’m still using a Yeti by Blue as my daily microphone. I know a lot of folks have started using the Wave series and I haven’t heard anything bad about them, but honestly the Yeti does the job for me.

But as I said, I’ve also started to invest in some more portable options, which is where the RODE Wireless GO II comes in. As they name suggests, this is a wireless mic, and when paired with a cabled lapel mic, it’s essentially the kind of microphone you would see a newscaster wear on the evening news. 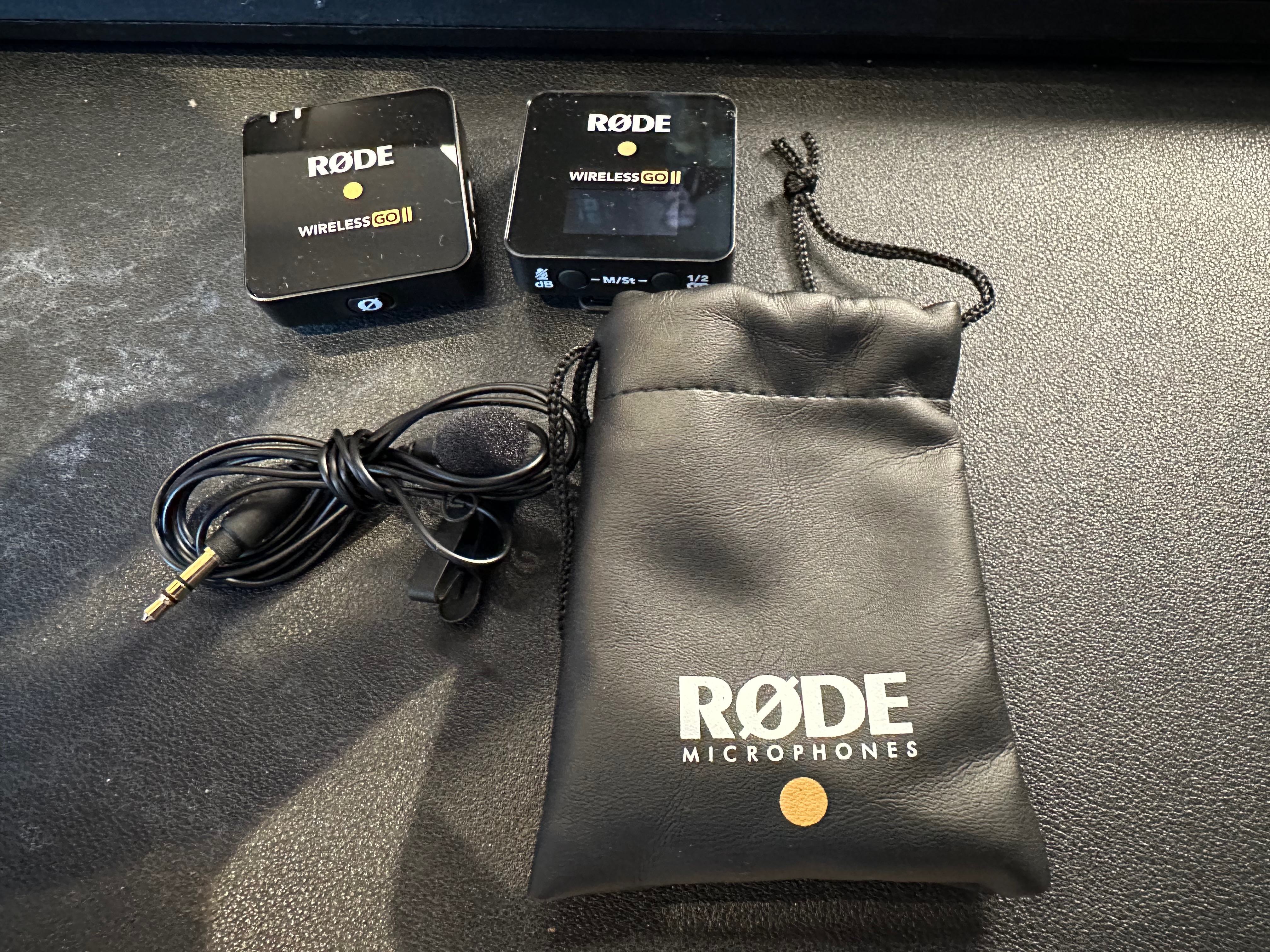 I use these when I want more of a waist up video, or since I have two, when I’m interviewing in person and the shot is much wider than me just sitting at my desk. 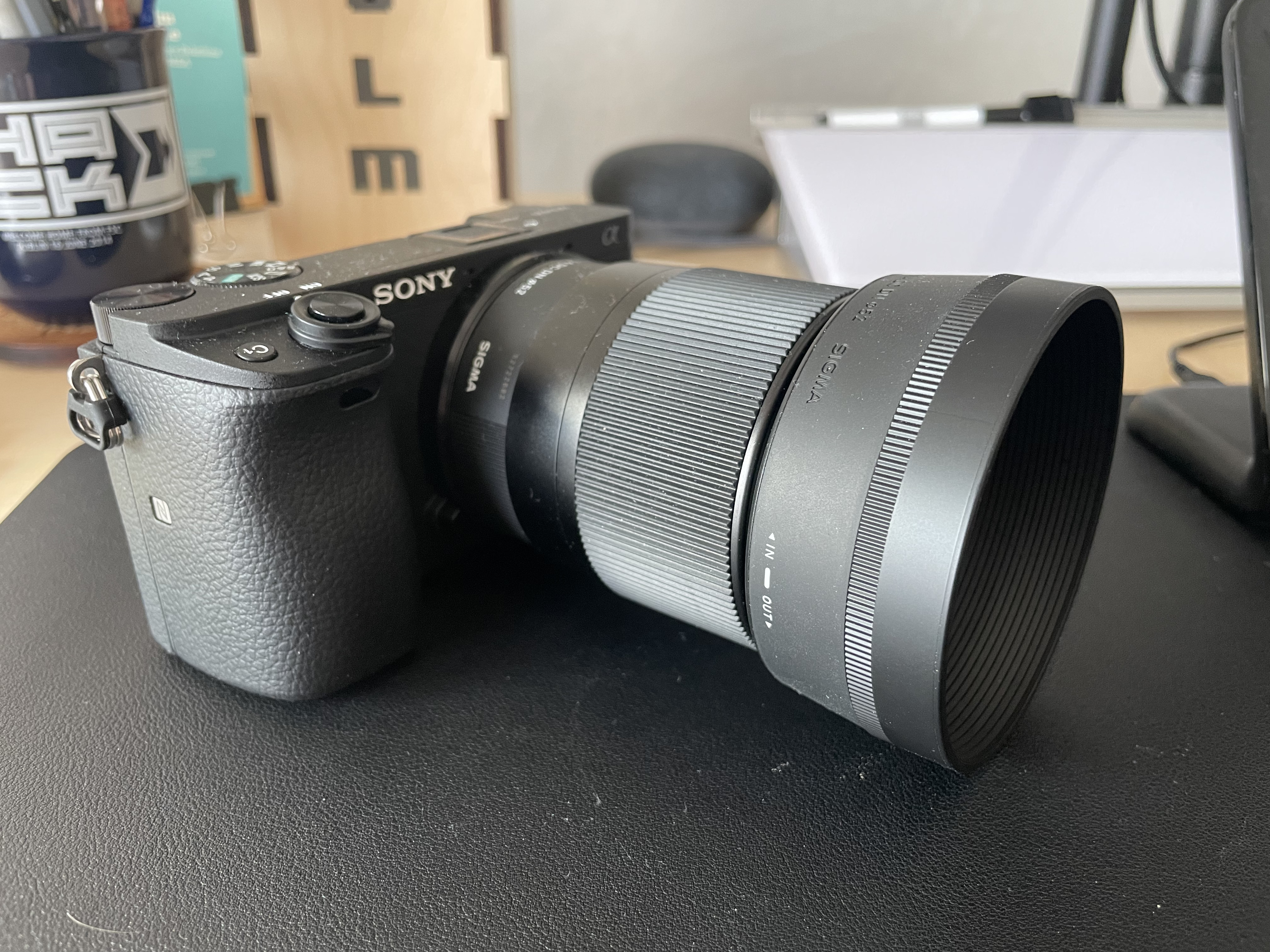 Similar to sticking with the Yeti, I’m still using my trusty Sony a6400 w/ Sigma Prime lens. It’s honestly perfect for my needs. Couldn’t fault it. And I get to take it out occassionally for photos of the family. Win Win. 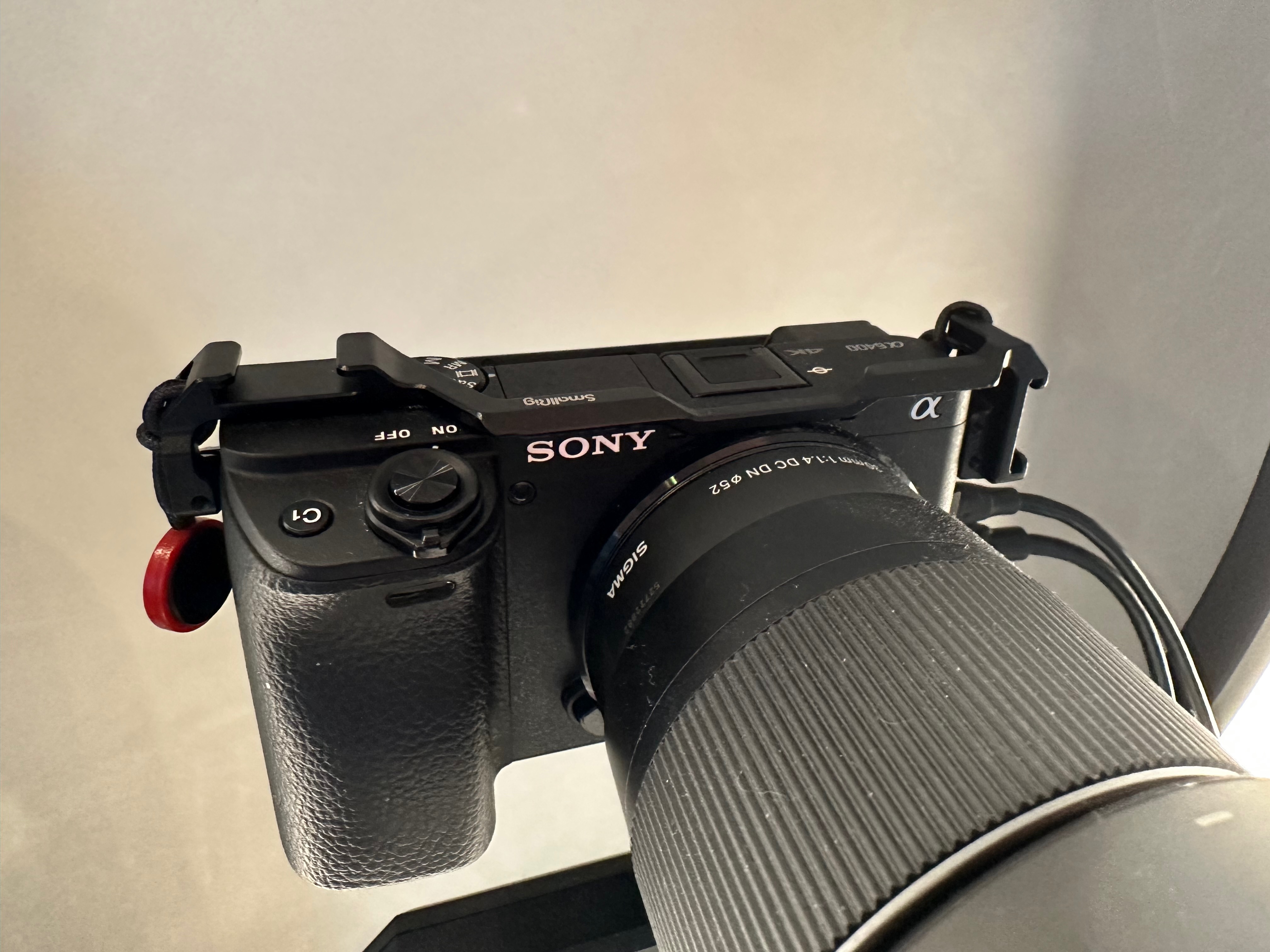 In terms of how I’ve upgraded it, I’ve added a SmallRig mount which gives me somewhere to mount the receiever for the RODE Wireless mic I mentioned above, and also gives me a spare place to mount some lighting. 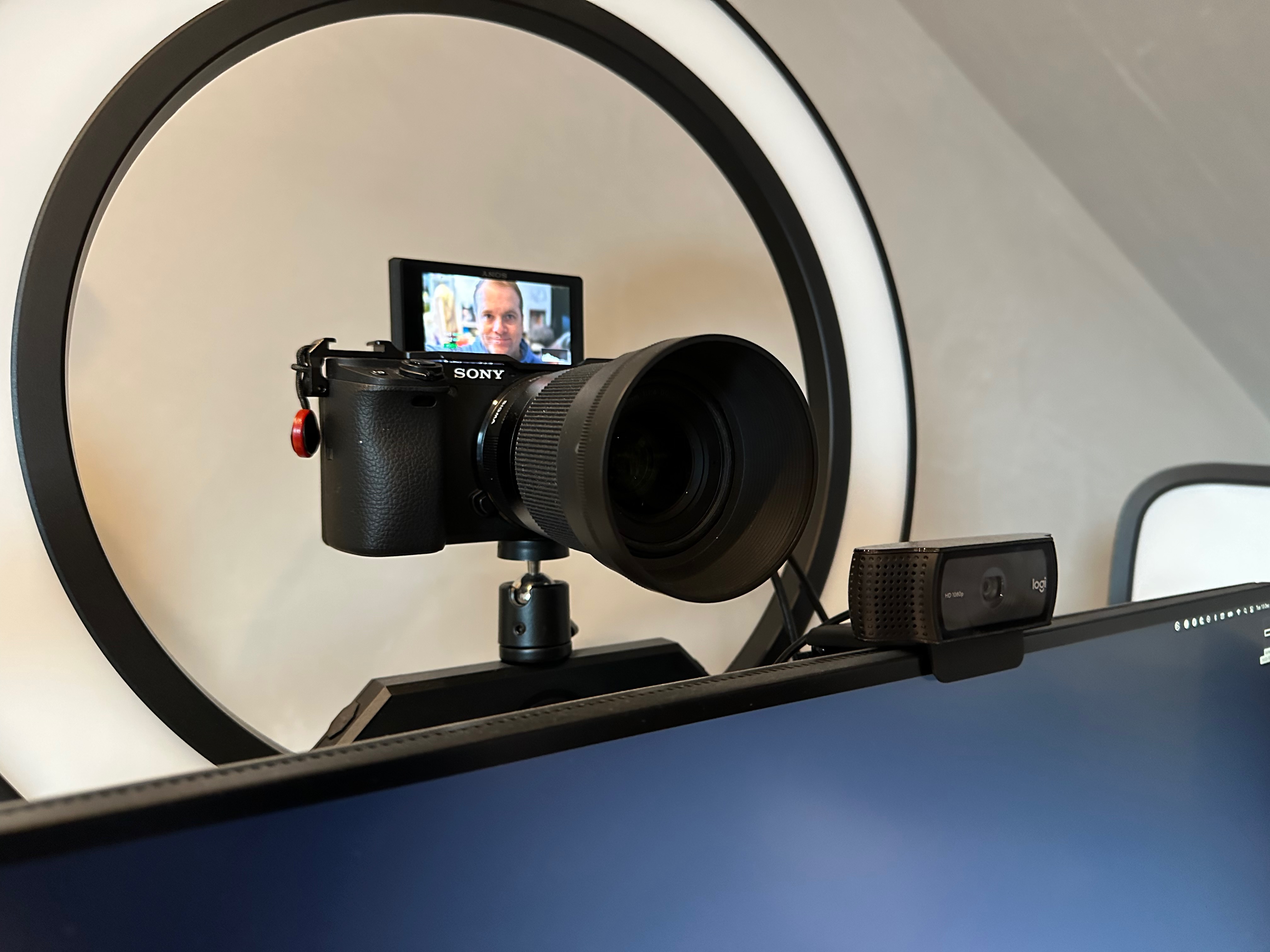 Speaking of lighting, I’ve made two investments here to supplement the Elgato Key Light that I mentioned in my previous post. First off, I’ve swapped out my $50 Amazon ring light for an Elgato Ring Light, which pairs very nicely with the Key Light. 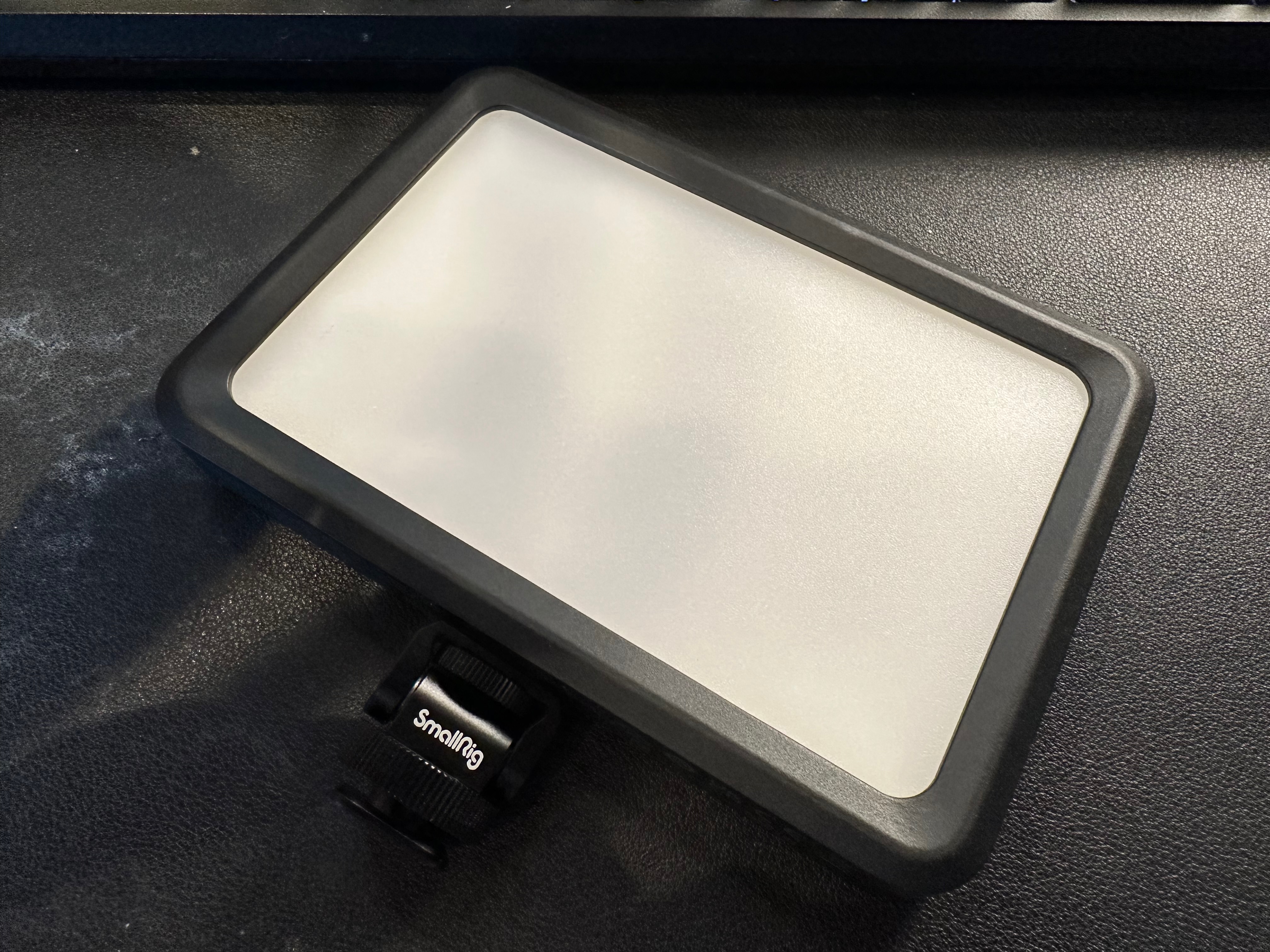 For on the move video, I’ve also picked up a small, but very mighty Elgato Key Light Mini. If you’re noticing a trend here with Elgato, it’s not accidentally. I’m very bought into their ecosystem for the lighting, and it’s helpful because I can control it all through the software they provide. I also picked up a mount for the Key Light Mini which allows me to slot it into the spare cold shoe slot on SmallRig. 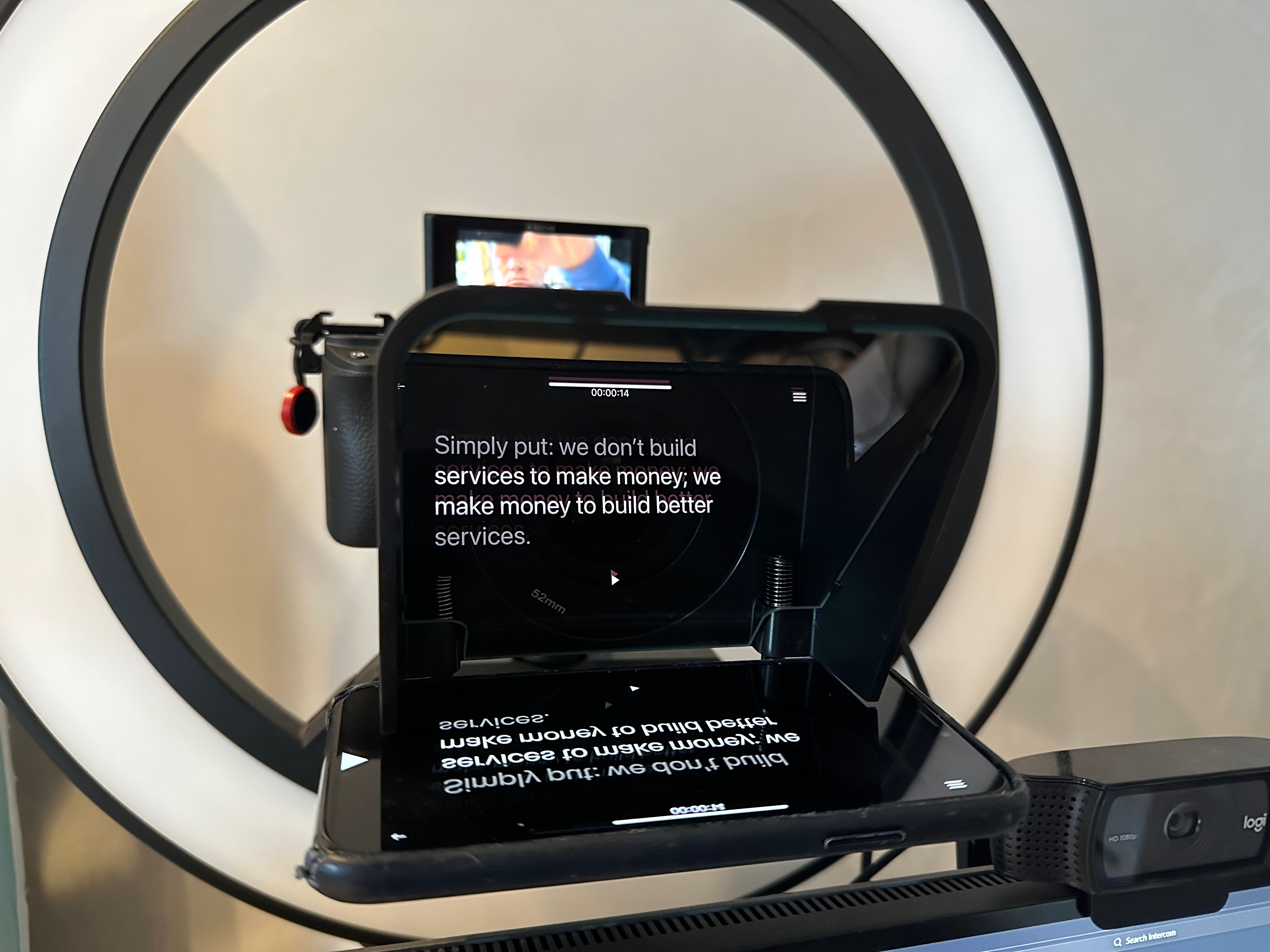 Yes, you read that right - teleprompter. Specifically a Padcaster Parrot Teleprompter. This is definitely the most bang for your buck if you have to give long talks, or other situtations where near constant eye contact with the lens is important.

Essentially it a piece of equipment that mounts to the lens of your Mirrorless / DSLR which you then slot a phone into that is running a free app that scrolls your script right in front of you. And as it’s attached to your camera lens, it gives the appearance of you staring right into the camera, because you actually are. For those of you wondering, no, the audience cannot see any of the text, or the prompter. It’s totally invisible to them and makes a huge difference in my opinion. If you pick up anything in the post-holiday sales, I’d make it this. 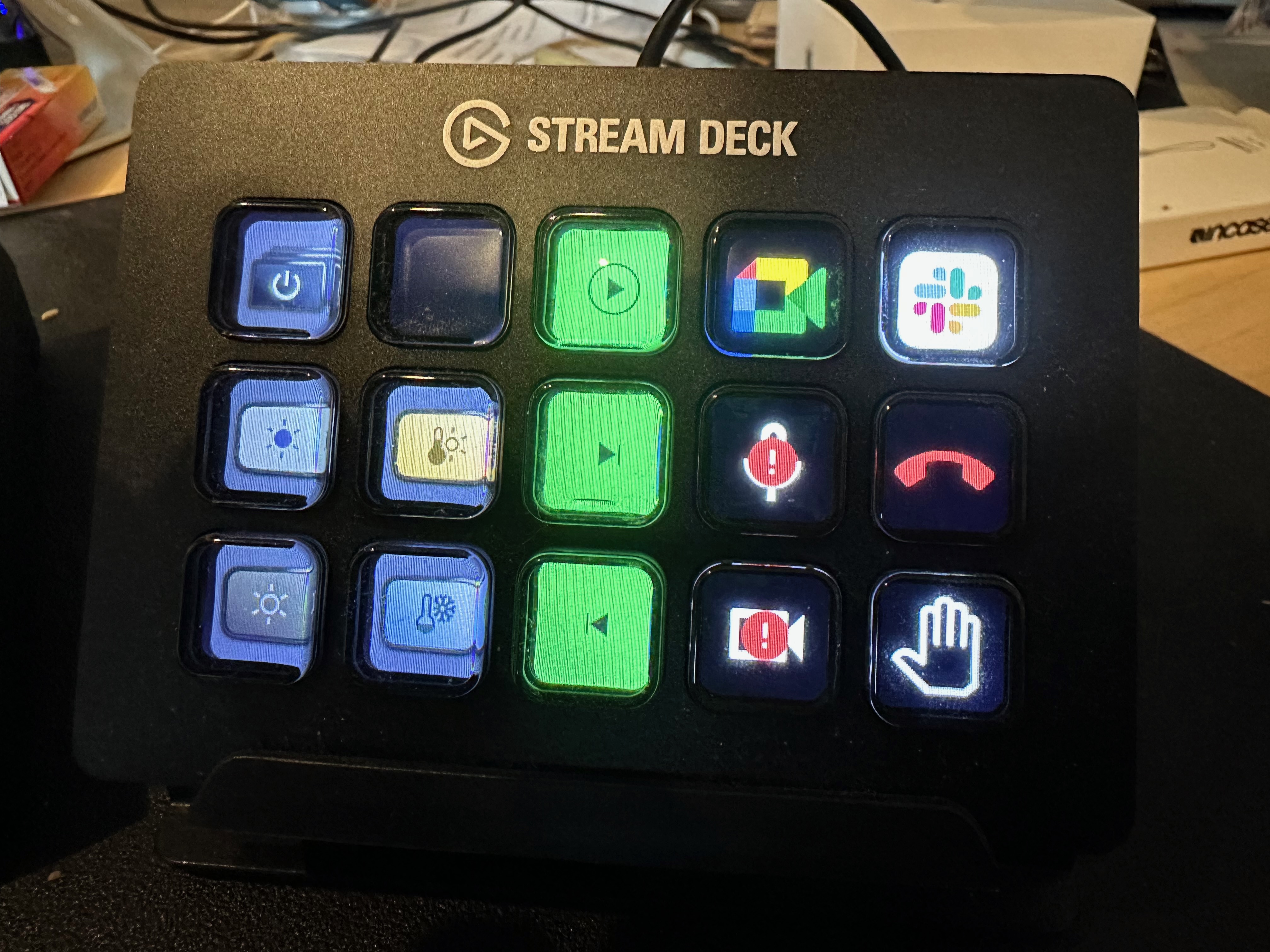 All of this equipment is more or less routed through my trusty Elgato Stream Deck. When I was writing the previous post, I was repurposing an old iPad Mini for this, but switching to the dedicated hardware was well worth it. It has an incredibly premium feel to it, and even when I’m not recording video, I use it to control my music and handy things like turning my microphone on and off during team meetings. I think of any of the equipment I’ve purchased, this is the one I would have zero hesitation recommending to anyone, regardless of whether they record video or not. It just incredibly handy to have a physical button to end a meeting, or mute yourself when you’re on a call.

When I look back over the previous post, for the most part, what I had then is still a part of my setup. What I’ve bought is less about replacing and more about augmenting for different situations. There are some exceptions though.

As I mentioned, I swapped out the iPad Mini for a dedicated Stream Deck. 100% would do that again. In fact, I’m tempted to upgrade to the Stream Deck + which has some physical dials.

I also upgraded my ring light. The Amazon one was…fine, but I couldn’t resist the allure of tying everything into the Stream Deck.

The last piece of equipment to mention is the Elgato Green Screen, which has probably gotten all of 10 minutes use since the original post. The bokeh effect of the sigma lens is so good, I’ve never felt the need to use the green screen, since you lose that nice blur completely. I’m sure I’ll find a use for it at some point, but for now, it’s just taking up space.

This is more or less verbatim from my previous post, but I think it’s worth repeating. Especially for folks who are new to DevRel and/or might not be able to invest as much in equipment.

I’ll close out by reminding you that the choices I’ve made in terms of equipment reflect what works for me and I’m sure many others have made equally valid choices, both more expensive and cheaper. It’s important to remember though, that at the end of the day, video and audio equipment are just tools to help make your content shine. But if that content isn’t polished to start with, no amount of fancy lenses or shiny lights will make it interesting. Be sure you invest the time and effort there before you worry about how you look or sound.

Twitter suspensions continue for critics of the Man Child ★

Twitter has suspended the accounts of several prominent reporters who cover Elon Musk, including Ryan Mac of The New York Times, CNN’s Donie O’Sullivan, The Washington Post’s Drew Harwell, The Intercept’s Micha Lee, Mashable’s Matt Binder, Aaron Rupar, and Tony Webster. This evening, Musk logged into a Twitter Space to try to explain why, and ran a poll asking when the journalists should be unbanned — in both instances, things didn’t exactly go his way.

It was never really in doubt that Musk would start inserting himself into moderation decisions on Twitter, but I honestly didn’t expect him to go so far so quickly. Not that I have any kind of fundamental belief that journalists need to be a protected class on a social network, but come on, he had to realise what a can of worms he was opening by blocking not just small indie journalists, but actual public figures who have the ability to meaningfully influence public debate.

As an aside, I can’t believe news organisations are still embedding tweets in articles like those embeds won’t start failing any time soon.

Spotify gets into the Developer Experience business ★

Tyson Singer, writing for Spotify on the Spotify engineering blog:

And, as of today, you can also buy plugins made by Spotify.

Backstage has always struck me as a strange endeavour. I get why Spotify would have bespoke internal tooling, and I get why they would open source it, but they always seemed to be a little too invested in making it successful. It appeared to have a handful of employees who sole focus was driving adoption. Which even for a major company’s internal tooling was a bit random.

But I guess now they’ve taken it a step further and are literally trying to create a revenue stream out of it. I can’t imagine it’s going to be in any way significant to their bottom line, so I wonder how long will it be before someone starts wondering if it’s worth the investment and the team working on it get moved over to a part of the core business.

In a way, it feels a bit like Workplace by Meta, which was a commercialization of how Facebook had been using the Groups product for internal use. Sure, it brought in some amount of revenue, and would probably have been a respectably profitable company by itself, but it was nothing compared to the firehose of cash that is the Ads business and I therefore always expected it to be shutdown as a distraction to the core business.