I’ve just finished reading Disrupted by Dan Lyons. Apart from finding it hilarious, which I did, it offers a somewhat scathing critique of how a modern technology company operates.

I’ve spent the majority of my career working for the kinds of companies that fall into this bucket, and it was interesting to see a different perspective on what’s generally referred to as “startup culture”.

I joined Facebook about two months after my 27th birthday and loved it. I completely bought into the culture of Hackathons, Happy Hours and the various perks (free foods, high end equipment etc).

As I’ve gotten older (and I’m only 33 as of writing), I’ve started to become far more conscious of how geared this culture is to a particular life stage. At any number of companies, the “culture” is defined by all-night, weekend and evening events.

Take meetups for instance. In Dublin, these take place almost exclusively on a weekday evening, around 7pm-ish. Now I love hearing about new technologies and discussing the various challenges of framework X over a slice of pizza as much as the next techie, but when it comes to a choice between that and having dinner with my kids before putting them to bed, I know which one I’m picking.

I’ve never worked as an accountant, but I can’t imagine they learn about the intricacies of Capital Gains Tax over a slice of pepperoni and a beer some evening

In other industries, Continuing Professional Development (CPD) is seen as part and parcel of the job. Medical professionals practice new techniques, accountants learn about this year’s tax code. Now I’ve never worked as an accountant, but I can’t imagine they learn about the intricacies of Capital Gains Tax over a slice of pepperoni and a beer some evening. They do it during working hours at organised professional events.

Going to a meetup has a social element, sure. But what’s so wrong with that? A company’s best source of referrals are existing employees and this is where employees make the connections to people who could be your next Engineering Manager / iOS Developer / SRE.

Put simply, we have to create a culture where people can, and should be encouraged to, attend daytime meetups. Even going as kind of an extended lunch break would be more inclusive than the current situation. Having employees who are familiar with the latest trends in their field can only be good for your company and expecting people to learn it all in their personal time is not much different from expecting them to work for free.

But of course, before people can attend daytime meetups, those events need to exist! If you organise a meetup in your area, I implore you to at least experiment with hosting one during the day. It might be challenging to find a venue at first (since most meetups are in offices after hours), but once you do, I think you’re going to get a much more diverse audience, which will lead to some really interesting conversations.

It’s time to get rid of traditional release notes

I’m willing to bet that almost every app update installed on your device in the last 12 months has had that exact set of release notes, or something extremely similar.

Release notes have become something of a differentiator in the App Store, ranging from generic, to witty, to extremely detailed like release notes in the days of physical media.

Whilst some believe it’s incumbent on us as developers to provide release notes to the people who use our products, the reality is that for consumer facing software (as opposed to APIs/SDKs) they are no longer relevant to modern application development.

No two users are alike

Modern mobile applications, like most online services, are primarily controlled via an API. New features are hidden behind feature flags, some features aren’t exposed on mobile if you haven’t paid for it and every customer uses your product slightly differently, so there’s no way to accurately describe what they’ll see when they open the app.

Traditionally, release notes were a place for you to explain to people about changes you’d introduced in this build of your application. But realistically, a wall of largely unformatted text is a pretty terrible way to introduce a feature you’ve spent time building.

Many applications now choose to introduce features with some kind of in-app user tutorial or notification, where you can measure things like conversion rates, get customer feedback etc. These are the modern iteration of “release notes”. 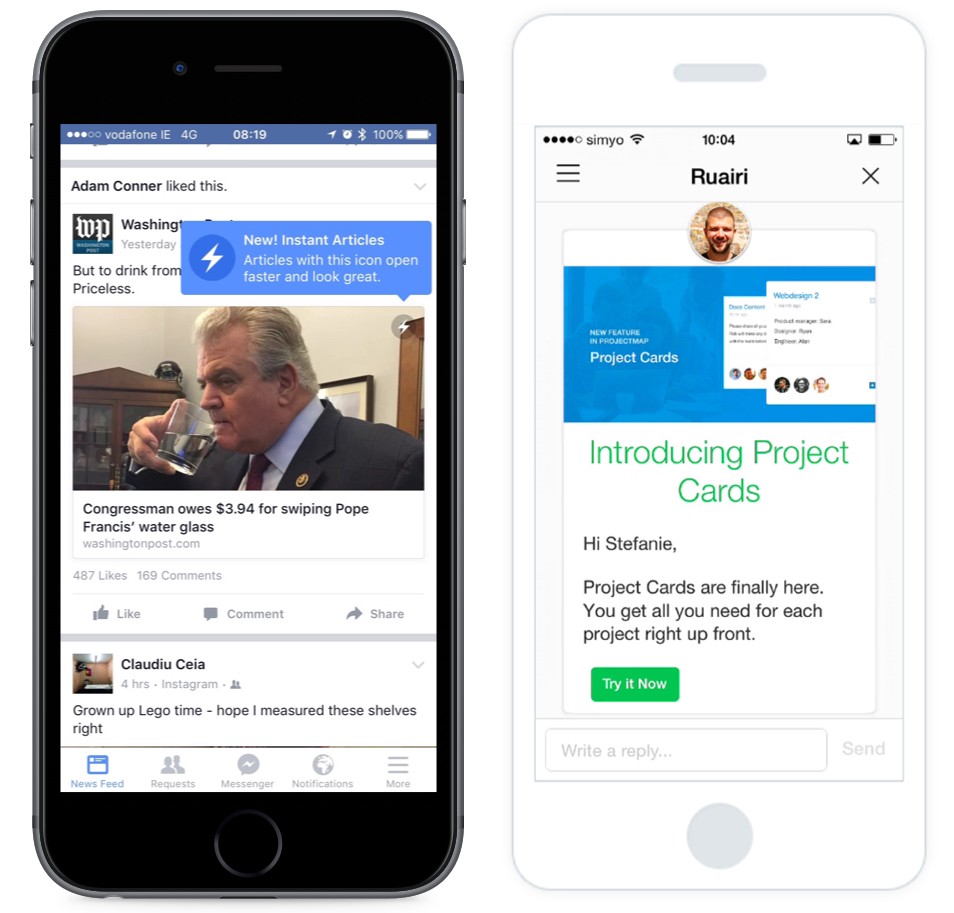 One of the big reasons not to do release notes these days is that both of the major mobile platforms ship with auto updating enabled, so depending on the make-up of your userbase, most people may never even see the app store release notes.

So the next time you’re getting ready to release a new feature, consider this – should you spend those last few hours polishing and testing, or should you write a pile of release notes that almost no-one is going to read? I know where I’m going to spend my time.